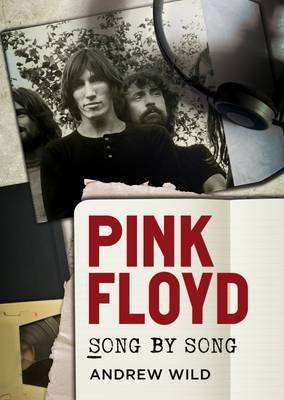 Pink Floyd Song by Song takes a fresh look at the songs which led to Pink Floyd becoming the third best-selling band of all time. From 'Arnold Layne' to 'Louder Than Words', Pink Floyd wrote about anger, isolation, regret, dismay, and fear. These themes, not always obvious starting points in popular music, were married to a rare dynamism in rock music. Pink Floyd's most successful period critically and musically-the eight albums from 1970 to 1983-combine the pithy lyrics of Roger Waters, the soulful voice and breath-taking guitar solos of David Gilmour and, until 1979, the jazz influenced piano and keyboard abilities of the late Richard Wright. These three together wrote the band's best work, usually in combinations of twos and threes but also individually. When working together as equals, the three principals of Pink Floyd were significantly more than the sum of their individual strengths.

Andrew Wild first heard Pink Floyd as an impressionable sixteen-year-old in 1983 and cites the lyrics of Roger Waters as one of his earliest influences as a writer. 'Pink Floyd Song by Song' is his fifth book. His previous works include official biographies of the bands Twelfth Night 'Play On', 2009 and Galahad 'One for the Record', 2012). His play 'The Difficult Crossing' was published in 2016.